Medellin’s children are educated with the best technology and innovation

Medellin’s children are educated with the best technology and innovation

In Medellín, the Software Valley’s strategy also reaches the youngest parts of society. Nearly 370 children at the Lusitania Buen Comienzo kindergarten, located in the San Cristóbal district of the city’s rural zone, children receive education with high standards of innovation that facilitates their learning.

“This kindergarten is just as good, if not better than any other kindergarten,” says Susana Zapata, mother of María José Yepes, a child who benefits from this modality, achieved thanks to international cooperation with the affiliate of the U.S. foundation United Way in Colombia. 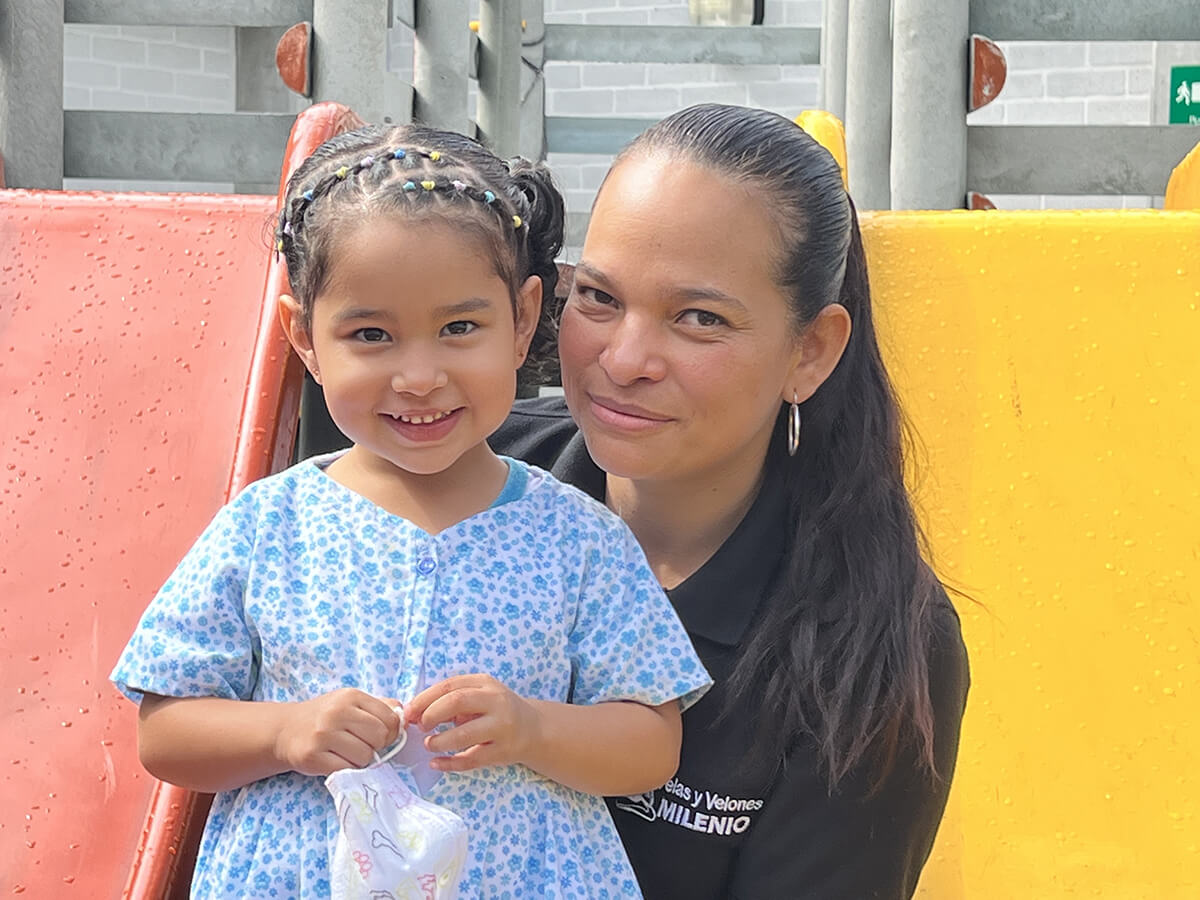 Susana Zapata, mother of María José Yepes, one of the 370 children served by the Buen Comienzo Lusitania Kindergarten.

This educational scenario, which is part of the comprehensive offer for early childhood of the Mayor’s Office of Medellin through the Special Administrative Unit Buen Comienzo, not only has an infrastructure that is physically and aesthetically created to promote learning environments for children, but also contemplates pedagogy and the use of technology as stimulants for the development of 21st century skills, such as critical thinking, problem solving and collaborative work.

The kindergarten, which began operating in 2018 under the operation of Comfama, began a process in 2019 to implement innovative techniques and become a benchmark for good practices in early childhood. Thus, United Way Colombia, a foundation recognized for its work in education in the country, decided to support the kindergarten to turn it into a demonstration center.

What is a demonstration center?

It’s not a made-up concept, it’s an experience that has been worked on in other contexts around the world. Medellin referred to the United Way Center of Excellence in Early Education in Miami, which has already come a long way and adapted these methodologies to the needs of the children benefiting from the kindergarten, as well as those of the educational agents interested in innovating their early childhood care practices with technology.

“We’ve been fortunate enough to be accompanied by this wonderful team that has nurtured me a lot in 21st century competencies, in pedagogical experiences and the STEAM Squad. Thankfully, they’ve innovated a lot, they’ve brought a lot of technology, and materials to introduce innovative and quality educational experiences,” says María Janet Arango, an educational agent at the kindergarten.

Maki Making experience, in which children interact with software and circuits connected to fruits and objects.

Facial recognition equipment, electronic circuits, 3D pencils and printers, cameras, voice recorders, among others, are some of the technological elements and pedagogical materials used by the children in the company of the educational agents. “We are equipped with very good material, technological material that the children did not have access to. Other kindergartens don’t have access to these materials. The children analyze and present their ideas, they answer more complex questions, and we can see that their early childhood is being strengthened, they take this knowledge to their homes so the families can also contribute from their points of view.”, said María Janet.

The kindergarten has developed strategies to bring families closer, taking into account co-responsibility as the most important educational agent in the learning process. This is why the kindergarten includes families in different activities and talks, as Cindy Ramirez, educational agent, explains: “We’ve involved the parents so that they know about the work we’ve been doing with the children and that they are also part of this process. Some parents have asked us how we have ensured that the tools are used properly or to tell us that they are proud that the kindergarten includes the use of technological tools.

Susana Zapata, one of the parents, said “the relationship between families and the kindergarten is good thanks to the communication between them. I had the opportunity to really see what the children learn at school with the demonstration center, and it’s very nice because the children learn that technology is not only used for games but also as a means of learning, very responsibly. It’s inspiring to see how the children are learning here.”.

An expanding model for the city

On the road to becoming a Software Valley, Medellín has developed programs and projects to take advantage of the territory’s potential and diversify the city’s economy in areas associated with the digital economy and the Fourth Industrial Revolution. In this journey, the city has understood that to truly achieve a change in mentality, long-term actions are required that permeate the future of society, in this case early childhood.

In this regard, the director of the Special Administrative Unit Buen Comienzo, Hugo Diaz says: “this commitment in the kindergarten is directly linked and related to our purpose of city: Software Valley. This is one of the examples that technological transformation is fundamental in all city scenarios and, therefore, today our children enjoy this center, and we hope that this commitment can continue to be implemented in other kindergartens in the city because in Medellín Futuro children are also part of the transformation“.

After three years of learning at the Buen Comienzo Lusitania Kindergarten, the Mayor’s Office of Medellín, in partnership with United Way Colombia, plans to expand the model so that children in every district of the city have access to learning based on technology and innovation, thus creating a demonstrative network for early childhood in the city. Although it is an ambitious projection, the formative and inspiring practices that have been achieved in the education of children in Lusitania will serve as a pilot for this expansion to become a reality.

Technology in conjunction with the community, key allies for risk management in the Metropolitan Area
April 28, 2022

Foreign investment dignifies the lives of the elderly in Medellín
February 3, 2022
Continue Reading
Go to Top